What I'm Up To

The article I'm writing for The Braille Monitor is almost finished. In fact, I'd hoped to have it done by the end of the week. But one of my contacts, from whom I still need some info, hasn't supplied that info yet; so, I'm stuck waiting. I hate that.

It's particularly irksome because I'm rather busy just now. Starting Monday, I'll be reading through and selecting pieces for a book to be published this summer by the NFB Writers Division. While I understand the justice of the person who originated the idea doing the editing and selecting, still I wish to heaven the idea had never entered my mind. I've never done any editing before, and the prospect alarms me.My only hope is that there won't be many entries.

I'm also currently working on a Fantasy story for which I need to do research into swordsmanship. While this promises to be fascinating, it will also be long drawn and tiring. But then, what isn't tiring? *sigh*

I probably won't have much time for reading over the coming few months. Recently, i've been reading Edgar Rice Burroughs's Barsoom (Mars) series.Great fun. The first four books are unashamedly pulp fiction but the fifth, The Chessmen of Mars that I just finished, is rather more polished and literary. It's still a tale of high adventure, involving a beautiful princess, a loyal and faithful warrior aspiring to her hand, fabulous and grotesque monsters, an evil monarch and chivalrous friends found along the way who are willing to die for honor. But the style is less overwrought and consciously mannered than that of the earlier books. I enjoy the series, endlessly inventive as Burroughs' mind is. I'd like to read others of his series at some point, but when that may be, I don't know.
Posted by Catreona at 1/30/2010 04:37:00 PM 1 comments

I was sorry to hear of the death Monday, January Eighteenth, of mystery writer Robert B. Parker. Still, he died at his desk, working. Surely, that's the way any writer would choose to go.

Help Out In Haiti

Many organizations are taking part in the international disaster relief efforts in Haiti. The two that yours truly has donated to are UNICEF and Habitat For Humanity. Won't you join me in lending a helping hand to our Haitian brothers and sisters who have lost their archbishop, their cathedral and much of their capital city as well as unknown numbers of their fellow citizens?
Posted by Catreona at 1/13/2010 09:13:00 PM 1 comments 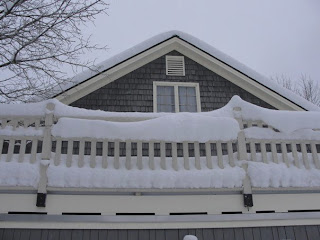 - photo by listener
Keep watch, dear Lord, with those who work, or watch, or weep this night, and give your angels charge over those who sleep.

Tend the sick, Lord Christ; give rest to the weary, bless the dying, soothe the suffering, pity the afflicted, shield the joyous; and all for your love's sake. Amen.

- photo by listener
West Virginia may be almost Heaven, but this sure looks like a piece of Paradise to me. (Be sure to click on the photo foor the large version.)

Upon the hearth the fire is red,
Beneath the roof there is a bed:
But not yet weary are our feet,
Still round the corner we may meet
A sudden tree or standing stone
That none have seen but we alone.
Tree and flower and leaf and grass,
Let them pass! Let them pass!
Hill and water under sky,
Pass them by! Pass them by!

Still round the corner there may wait
A new road or a secret gate,
And though we pass them by today,
Tomorrow we may come this way
And take the hidden paths that run
Towards the Moon and to the Sun.
Apple, thorn and nut and sloe,
Let them go! Let them Go!
Sand and stone and pool and dell,
Fare you well! Fare you well!

Home is behind, the world ahead,
And there are many paths to tread
Through shadows to the edge of night,
Until the stars are all alight.
Then world behind and home ahead,
We'll wander back to home and bed.
Mist and twilight, cloud and shade,
Away shall fade! Away shall fade!
Fire and lamp, and meat and bread,
And then to bed! and then to bed!

- J.R.R. Tolkien
from The Fellowship of the Ring

In Eighteenth Century England, the target was Roman Catholics. In the Twenty-first Century United States, it's Muslims. As a species, we don't seem to be making much progress.

It is unnecessary to say, that those shameful tumults, while they reflect indelible disgrace upon the time in which they occurred, and all who had act or part in them, teach a good lesson. That what we falsely call a religious cry is easily raised by men who have no religion, and who in their daily practice set at nought the commonest principles of right and wrong; that it is begotten of intolerance and persecution; that it is senseless, besotted, inveterate and unmerciful; all History teaches us. But perhaps we do not know it in our hearts too well, to profit by even so humble an example as the 'No Popery' riots of Seventeen Hundred and Eighty.

- Charles Dickens
in the preface to Barnaby Rudge

When I took this photo at 8:30 this morning, I heard Chickadees singing their Spring song!
"MY tree! MY tree!" This is the earliest I have ever heard it sung; usually it's just one early bird.
This was a whole chorus of Chickadees!

Vermont's interstate has two lanes on each side and no billboards.

- listener
Though none are in evidence, this picture puts me in mind of the line from "Moonlight in Vermont:"

Telegraph cables, how they sing along the highway, and travel each bend of the road
Posted by Catreona at 1/03/2010 11:41:00 AM 1 comments
Labels: Vermont

Besides New Year's Eve, tonight is also a blue moon. Thanks to listener for the reminder and the photo.

Ring out the grief that saps the mind,
For those that here we see no more;
Ring out the feud of rich and poor,
Ring in redress to all mankind.

Ring out a slowly dying cause,
And ancient forms of party strife;
Ring in the nobler modes of life,
With sweeter manners, purer laws.

Ring out the want, the care, the sin,
The faithless coldness of the times;
Ring out, ring out my mournful rhymes,
But ring the fuller minstrel in.

Ring out false pride in place and blood,
The civic slander and the spite;
Ring in the love of truth and right,
Ring in the common love of good.

Ring in the valiant man and free,
The larger heart, the kindlier hand;
Ring out the darkness of the land,
Ring in the Christ that is to be.
- Alfred, Lord, Tennyson: In Memoriam A.H.H., CVI