Is it November already?

I've been jumping around in The Chronicles of Narnia, now on The Horse and His Boy.

Because I slept all morning, I didn't hear till late about the shooting at LAX. Not sure I really want to know the details, but will check the BBC in a minute. Can't help being bewildered whenever another of these atrocities takes place. How? Why? Also, when are Americans going to realize the necessity of strict gun control laws?

As to the title, here it is the Feast of All Saints. I read somewhere that in Medieval England the Christmas season more or less started November First, with the king moving to his winter residence and preparations starting. Even with such a precedent, though, I'm not willing to get into the swing of Christmas till December First. Let November be November, such as it is.

It is interesting to note that this was not a random act of violence. The shooter targeted members of the Transportation Safety Administration. For a wonder, he was wounded but not killed by police. When he begins to talk, I won't be surprised to find he has a grievence against the TSA. Not that such is an excuse! But it is a change from indiscriminate slaughter of random people. Again though, it's hard to shoot people if you don't have access to fire arms!

Bedtime Reading and a sweater

I did indeed start The Silver Chair last night and shall finish it tonight. I do love Narnia!

BTW you wouldn't believe how hard it is to find a plain, navy blue wool cardigan at L.L. Bean! They have lots of cardigans in lots of lovely colors, but navy seems to be an endangered species. I only saw two for which navy was a choice; though in all honesty, once I'd grumpily picked out a sweater I didn't look at the remaining few. But what I don't get is why this basic color was so hard to find. I mean, how does navy blue go out of style?

I'm not totally thrilled with the cardigan I ended up with, but it should keep me warm at least. Here's the link if you want to take a gander:

I've been sleeping a lot the past couple days, which does not make for interesting blogging. However, I have been re-reading, or re-listening to, The Voyage of the Dawn Treader by C.S. Lewis. Tonight I'll start The Silver Chair, also from The Chronicles of Narnia.

Update:Almost forgot! One Night Songs went online last night and has brought me a few nice notes of appreciation.

I've just realized that before this resumption of blogging, my last post was January Seventh! Yikes!Not that you, dear Reader, have missed anything in the intervening ten months. My life is, shall we say, quiet. Still, I had no idea it had been so long. Tempus fugit, as they say.

The hours fly on golden sandals

From the song "Ligia" which is in the movie Quo Vadis

Another lovely afternoon here, sunny and pleasantly cool. We've been having a beautiful October. I suppose November will also be true to form, cold, misty or rainy and dreary. But I certainly can't complain about October.

I finally made it to two hundred thousand points at Fun Trivia and advanced to the next level. Phew! Still no word on my quiz under submission, "One Night Songs." *sigh* 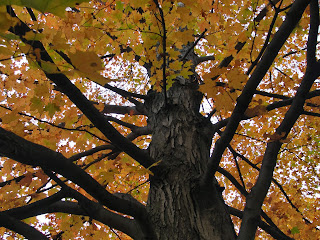 - Photo from listener at Howard Empowered

The week is starting auspiciously. Dad got my iTunes restored, hurray! Because the backup from which he did the "restore" is a couple years old, I have a number of CDs to re-import; but, it is a *whole* lot better than starting all over again. That he succeeded in the end is a testament to his determination and, I think, his engineering training that led him to find the problem intriguing. However that may be, I'm very grateful!

Still kind of down, but fighting it. Besides the iTunes restoration, another good thing is that I finally broke through the two hundred thousand point barrier at Fun Trivia. Of course, that's still peanuts, but it's progress. Stilll haven't heard back on my submitted quiz. But, I did need to make a couple minor corrections and resubmit, which sent it back to the end of the queue; so, it'll be a while yet. I'm eager to get this one online, since it will allow me to move on to the next stage of Adventures in Authoring. Don't want to start The Great Quiz Race or any other quest type challenge till I've completed Adventures in Authoring, and I have no idea how much further there is to go in that.

Meantime, I continue to work on more quizzes. Haven't done any actual writing, either songs, poetry or fiction, in some time. But I figure getting the blog re-started is a good first step.

I Never Did Get the Hang of Thursdays

Another in a run of lovely Autumn days. I don't know how long the weather will hold, but am enjoying it while we have it. iTunes is still on the fritz. I'm beginning to think Sis is right and there's nothing for it but to re-import *EVERYTHING*. *sigh* I'm pretty down today, despite the lovely weather. But it's better not to get into that.
Posted by Catreona at 10/17/2013 04:35:00 PM 0 comments
Labels: What I'm Up To

Computers are wonderful...until they aren't!
My iTunes has been giving me mysterious and vexing problems for several days now. So, finally, after discussing the situation with Sis, I decided to uninstall and reinstall iTunes. A cinch, you say? Obviously, you do not know moi. First the file(s) did not download at all. Then they only downloaded partially. As I type the files are downloading again *fingers crossed and knock on wood!*
It's amazing not to say disturbing how dependent we become on technology. Mind you, I still play good old fashioned records and CDs, as well as the occasional cassette. But I feel lost without iTunes.
Update: How is it possible for a program, in this case iTunes, to continue generating error messages after it has been removed? I keep getting boxes saying iTunes was not installed correctly. GRR!
Posted by Catreona at 10/16/2013 06:06:00 PM 0 comments
Labels: Computers, What I'm Up To 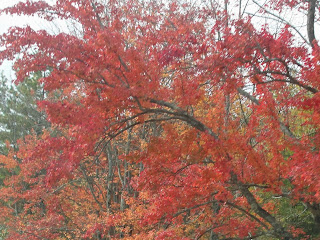 - Photo courtesy of listener
at Howard Empowered People
Another beautiful Fall day here. I haven't done anything; though a little while ago I pre-ordered at amazon.com some Christmas CDs, including Andy Williams' complete Christmas recordings. Looking forward to that. Ordinarily I'd be grumpy at Christmas stuff being up already, but pre-orders are all right...I suppose.
Posted by Catreona at 10/15/2013 08:48:00 PM 0 comments
Labels: What I'm Up To

Lovely, sunny afternoon. I had a nice tea: buttered toast with apricot jam and tea with orange, passion fruit and jasmine. Not altogether sure I like jasmine, but it made a nice change.

I am now the proud owner of a two (count 'em, two) terabyte external drive. Remember when one gig seemed ostentatious and totally unnecessary? Ah, for the good old days when life was simple. *wry grin*

I've been spending a lot of time at Fun Trivia and more time offline working on my own quizzes. It keeps me out of trouble. But it does become something of an obsession, so I need to watch myself.
Posted by Catreona at 10/14/2013 05:33:00 PM 0 comments
Labels: What I'm Up To

Breezing through the Georgiana Rannoch books – currently on Naughty in Nice, the fifth in the series. Still enjoying them, though the  boy crazy friend Belinda is beginning to wear a little thin. After this I’ll be caught up, having come in with Book 6, The Twelve Clues of Christmas. Suppose at that  point I’ll have to return to more substantial reading fare. But I’ll worry about that when the time comes.

In the outside world, Patty Page died this week. R.I.P.
Here’s my favorite of her  songs, “Old Cape Cod.”


Had a good writing session Wednesday evening. Also doing well maintaining the Rosary and the two sessions on the elliptical. Despite the persistently sore hip, making progress at increasing the time. But Thursday was definitely not a good day. Friday was better, but not great. Tired and really don’t want to do anything but listen to my audiobook. I hope Saturday is better!
Posted by Catreona at 1/04/2013 11:30:00 PM 0 comments
Labels: What I'm Up To

Got started on the new story. No title yet, not even a working title, just a filename. However, it is started, which is something.

In the interests of research, I used my googling skills, such as they are, to look for Much Lovering, the name of the village – tentatively situated in Devon – where our heroine eventually ends up. Astonishingly, there doesn’t appear to be anyplace with that name in England. Doesn’t it sound like a quintessentially English name? That’s better though. If it’s wholly fictitious, I can set it up just as the storyline requires. So, in a way, that’s a relief.

Will be some time till we get that far. Need to get through our heroine’s unhappy life in W. Mass. I have it all laid out in my mind, but sometimes translating from mind to paper (computer screen) is more challenging than one would think. However, it’s still early enough for me to be optimistic.

Haven’t written yet today. Hope to get an hour or two in before bedtime.

On the other hand, I didn’t remember to say the Rosary yesterday but did today. Hope I have the staying power to stick with it. Not only is praying good for the soul, it’s good for the body too. My mother says saying the Rosary lowers her blood pressure, and I also find it calming.

Also doing well with the exercise. Put in two sessions on the elliptical today. Also am able to sustain longer. I’m hopeful that ten minutes at a time may be within reach.

Not all the news is good. Spent the evening buying MP3 music and CDs. Only two CDs though, and the MP3 music was mostly single songs, only one album. So the final cost wasn’t as bad as it might have been. Still, that’s something else I need to watch.  * sigh *

Well into Royal Flush, the third Georgiana Rannoch book and loving it.

It’s a new year, which traditionally calls for new beginnings.

Tonight I’ll start a new story. Today I’ll start getting serious about exercise and, after my birthday and the lemon Meringue pie Patty usually brings, a bit of weight loss as well. This year I am going to beat the pernicious habit of using bad language. And I’m also going to get back into the good habit of praying, saying the Rosary every day if nothing else. And I’m going to finish * something * - preferably “World Enough and Time.” Didn’t finish anything at all last year.

Not very ambitious goals perhaps. But then I’ve learned to set the bar low. Here’s hoping I have the perseverance to achieve them, modest as they are!

On a more lighthearted note, I’ve discovered a new series, the Royal Spiness books by Rhys Bowen. They are delightful Mystery/Romance stories set in 1930s London. Always love finding new books! They are definitely Chick Lit, but if you enjoy that sort of thing, I recommend them highly.